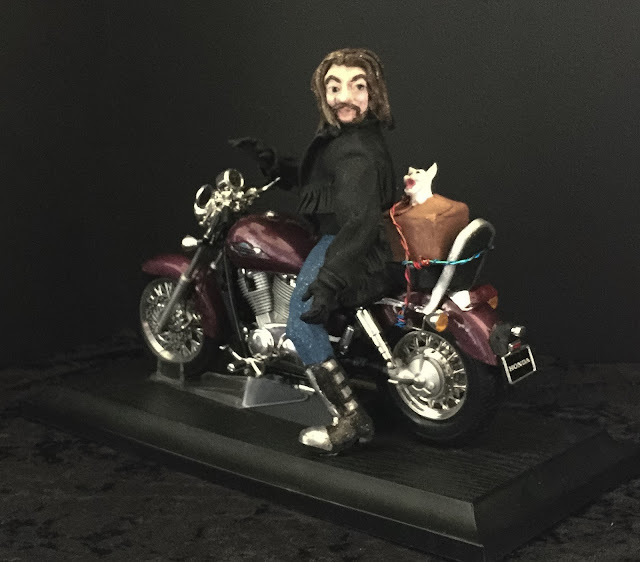 So, recently I completed this piece. It's a self portrait... you may think everything i do is a self portrait and you may be right... but this is the first one that I actually tried to make in my own image.

And therein lies a tale...

Once upon a time there was a young, married couple (Padi and I). We lived in an apartment we shared with her longtime roommate, a spectacular orange and white tomcat by the name of Rick. Rick was an excellent cat, even tempered, tolerant, prone to purring rather than biting.

We called him Snackie. Y'know, because that's what he liked to eat.

He had watched over Padi for more than a dozen years and eventually made room for me in his household (for, who are we kidding, the cats run the joint). I liked him fine and I was under the impression he tolerated me, which is the best you can hope for when you're the new guy in the picture...

And then one night all that changed. He and I were surfing the couch while "The Mommy" was at work. He was leaning on my leg and I went to get up off the couch. He felt me shift my weight to move and his paw shot out and pressed down on my leg, as if to say "Nope. You stay right here." It was at that moment  that I realized I had been adopted. I was his and he was mine. And I was fine with that. And I would be for the better part of two years.

But age was catching up with my friend Rick, and it hit him in the form of cancer. A particularly nasty kind, it manifested as a tumor that spawned under his tongue. It was inoperable... really, what is a cat without that most useful of body parts? All we could do was try to keep him happy and comfortable and make his last few weeks as pleasant for him as we could. We did, mashing up soft food and helping him eat, snuggling a lot as we felt his weight drop away.

Then one day, it got to be too much and we could see that we were only prolonging his suffering. So we called our wonderful vet, Heidi, and she came to the house with the neccessary concoction and as I held him, she helped him on his way to wherever good cats go when they've given all they can in this world. It was a Tuesday, one of the worst days of my life.

We knew we needed someone to fill the hole that was suddenly there in our life, but like all sensible people, we didn't want to rush out immediately and grab onto the first cat to fill the void. We decided we would wait a couple of months, get over the sadness, and then find someone new in the local shelter.

That was Tuesday.  Wednesday and Thursday weren't any better.

There was a quiet and an emptiness to our howm that was palpable. We'd get up in the morning, pad out to the kitchen and reach for the catfood, and realize there was no one to feed. At night, no one to put to bed. No one under my hand as I stretched out on the sofa.

By Friday, we both agreed to hit the shelters on Monday.

Saturday, I went to my weekend job, which was manning a booth in the cold waterfront warehouse that that year was home to the Fremont Christmas Craft Market. It was a big empty structure occupied by several dozen artists, craftsmen, cooks, and con artists who dedicated a month to selling their wares to whomever we could get in the doors. Everyone had moved in before the opening day, set up a permanent booth and signed on to stay through the end of the Christmas selling season. That meant loading in and setting up your display and committing to leave everything standing until it was time to go home and stuff your stockings on Christmas eve. I brought in a ton of my artwork and found a space  at the very end of a long row in a long hallway of the building, I had about five feet of space across and six feet of depth to move around in, I had neighbors to the immediate right and left, packed tightly and there was no escape through my side walls. The only way in or out was under my table on my hands and knees.

So there I was stuck in my booth in a cold dark Saturday afternoon. The weather sucked, the building was cold, and business was slow. As I stood there in my 5x6 foot cell wishing for customers, to my horror, I faced the unescapable approach of my least favorite artist in all of Fremont. Now, I think she came by that honorific honestly... it was bad enough that there was no drama in the market to small for her to make her own and attemp to suck me into, but she had ripped off a dear, eccentric friend of mine. This friend did bizarre, one of a kind found object collage pieces. That artist looked at the concept and said "Oh, okay, I'll just nail some Barbies to crosses!". Not only did she do that, but she set up across from my friend and made better money than her doing that.

Happy Easter, by the way.

I  stood there, trapped as I watched her criss-crossing the hallway, entreating artist after artist and getting slapped with rejection time after time. For what? What was she asking for? I DIDN'T CARE!
I just knew I would reject her as well... but it would be hard. I am a notoriously soft touch. I'll help my friends. I'll help my enemies. I'll help strangers, winos, and hookers. It's just what you do when people need help. (If only the guy who made Batman vs. Superman understood that, he might've made some better movies).

So she ping-pongs down the aisle and finally gets to me as I mutter my new mantra, which is "justsaynojustsaynojustsayno" and she looks at me with the massive eyes of a brokenhearted character in a japanese cartoon and says...

I planted my feet, screwed up all my courage and said...

She stopped with her jaw hanging open and mouthed "Thankyou" and scampered off as I felt the world shifting around me. Was it just gonna be this easy?

And she comes back less than a minute later with something about the size of a tribble and it's all white, with just a smudge of black between it's gigantic triangular ears, and as I hold it to my chest, it opens its little golden eyes, digs it's tiny needle claws through my sweater and lets out a barely audible "mew...". 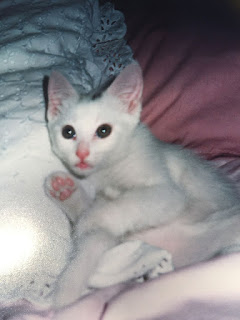 My mortal enemy/guardian angel skips off with my eternal gratitude and I spend the next hour with all my friends coming by to pet the little tribble and offer possible names. Business never actually got better that day, but so what? I felt like I'd already paid my expenses and then some. It was only as I started packing up that a thought hit me...

Neccesity being the mother of covering your ass, I ran around, found a maybe 10" cube box and borrowed a bunch of bungee cords (they are what hold art fairs together). I stuffed my little darling in her box, strapped her to my Honda Shadow, and headed off into the night...

I got about a quarter mile away, just to the far side of the Fremont Bridge, as I sat puttputtputting on my bike, I heard a familiar "mew" between the putts...

I turned my head to see my passenger had screwed her head through the folds of the box and was staring at the world around her screaming... 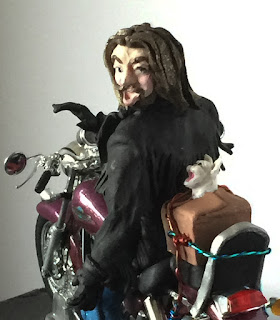 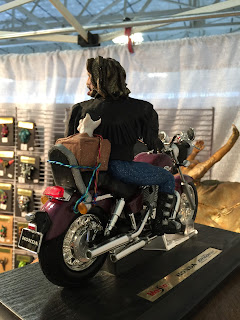 I gently shoved her head back between the folds, as I would do several times on the way back to the Central District. I got home around six... Padi was working a double that day... I spent a couple of hours playing with the tribble. I didn't have any cat or kitten food at home, but i had Rick's geriatric food which i could mash up for her. she seemed to like it.

Finally, I heard the car that I hadn't brought to the market that day pull up... I jumped up as Padi shut it down and got out... I shut the living room door, leaving the kitten alone there, and ran into the bathroom to, frankly, hide and giggle.

I heard Padi enter, walk down the hall, not noticing the closed living room door, and enter our kitchen.

She notices something a little strange...

She says: "Oh, honey, If I'd known you were hungry, I would have brought you something to eat!"

I come out of the bathroom, without a word and with a full heart, kind of unable to speak. I take Padi's hand and lead her to the living room door... she's getting the idea now... I open the door and introduce her to her new baby... 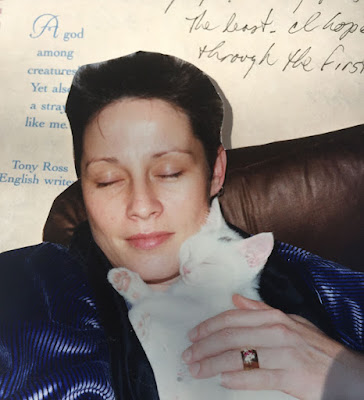 We called her Mackie. It rhymed with Snackie.

It was a wonderful Christmas that year... 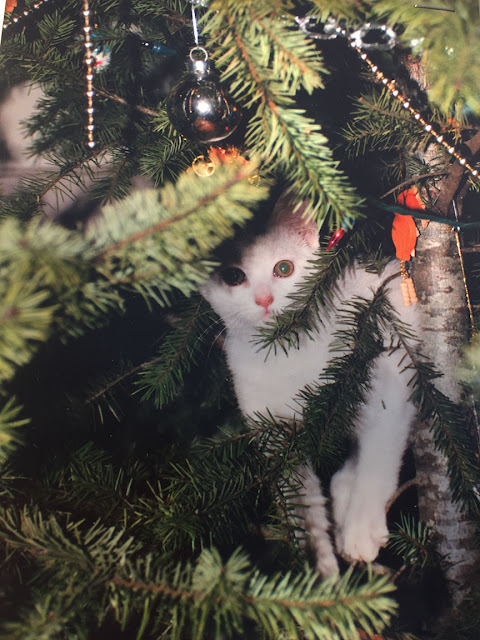 But she, too, was always Snackie. 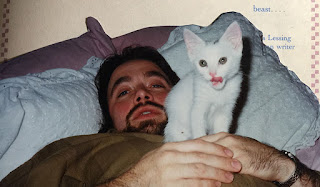 And for a long time we had a great ride!

Thanks to Ms. Kathleen Shaw for providing the scale model Honda Shadow and inspiring this piece.
She runs the Community Cat Coalition and does a lot of good... you should support her work. 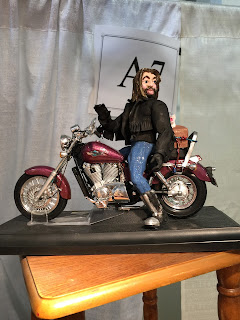 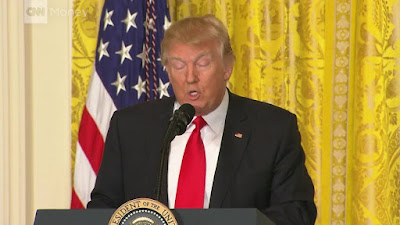 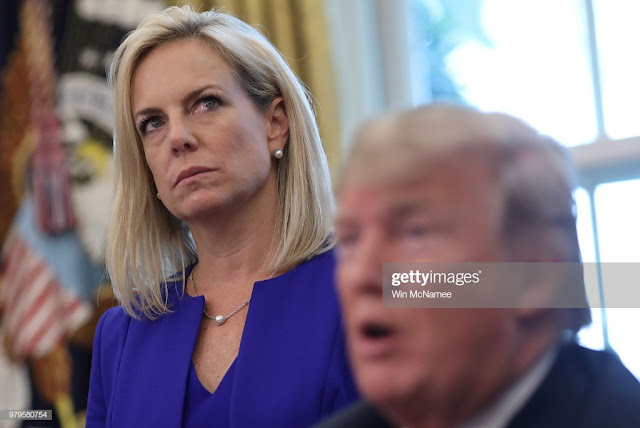 Unfortunately, the President stacked the deck in his favor, by either replacing his administrators with yes men and women, or not replacing them at all, adding more stress to a system that didn'…
Read more